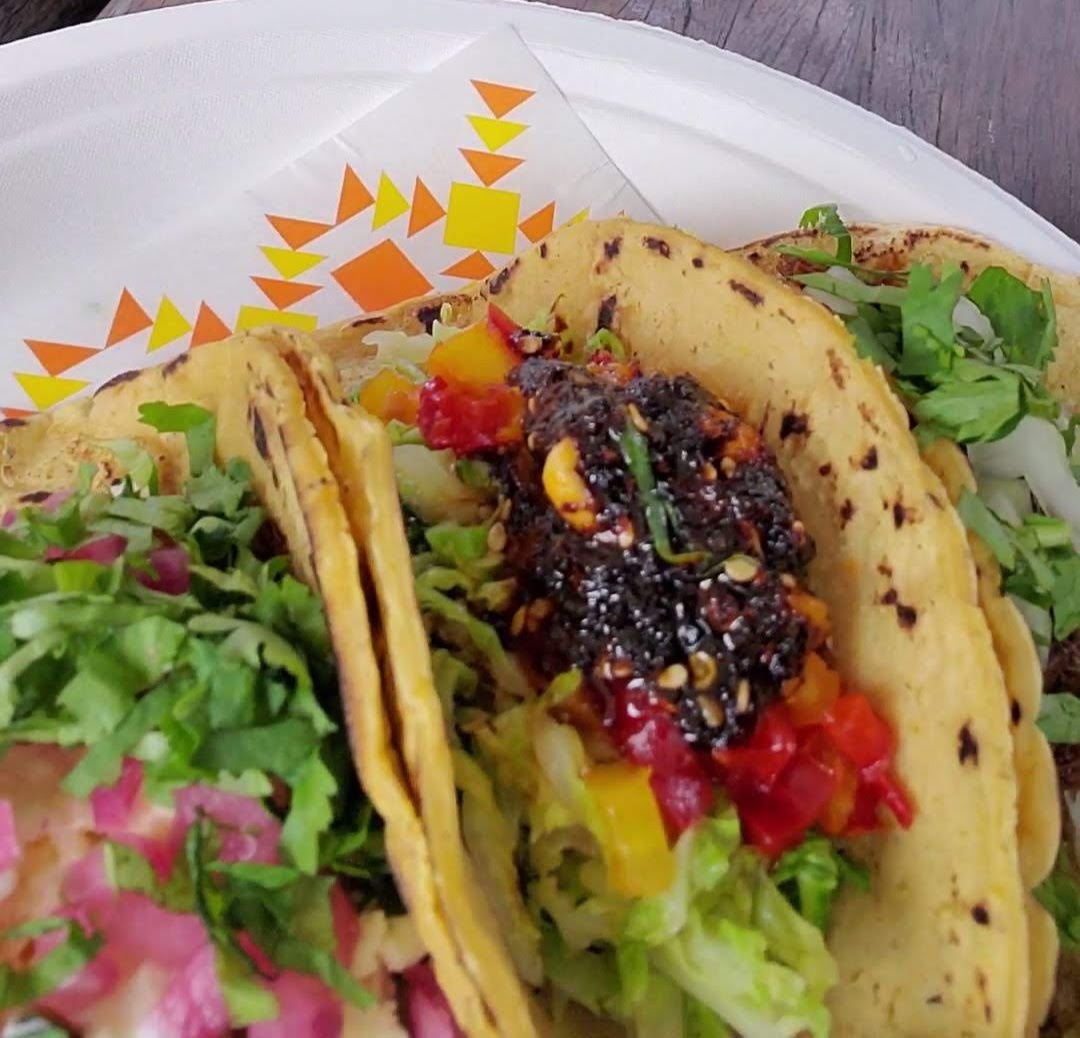 I love tacos! I mean who doesn’t love tacos?  Everyone is always saying Taco Tuesday as if it is a rule.  Well I say to hell with that!  What about the other weekdays?  Taco Monday can totally be a thing. I don’t want to wait until Tuesday to celebrate my tacos. This is even more true now that I’ve experienced a Hija de Sanchez taco. All the way in Copenhagen, Denmark are the most incredible tacos.  The most mind blowing thing about it, is when you look at the map Copenhagen is sooo far from Mexico but the taste is so authentic. You literally ask yourself how do the Danish know about this?  They even have Mexican beer and soft drinks to complete the experience!  I had to practically pry my Guava Jarritos from my daughters hand while she simultaneously demanded more of my taco.

True creativity is expressed in food.

The thing I find most amazing about Hija de Sanchez tacos is that it gives you a taste of the traditional tacos and then BAM! hits you with the out the box creative ones.  Most taco places serve either Al Pastor, Barbacoa tacos and occasionally a fish or chicken taco….and don’t get me wrong those are good. However, when a restaurant can give you a vegetarian taco that outshines a meat taco you’ve hit the jackpot.  Hija de Sanchez is the Caesar’s palace of Vegas…the Casino Copenhagen of ..well…Copenhagen.

Hija de Sanchez has at least two locations that I know of and each one serves a slightly different menu.  That means you could catch the metro, head across town an try an entire new set of their tacos (I’m kinda wishing I had done that). Besides, Hija de Sanchez’s menu changes daily so what is there today may be gone tomorrow and you really don’t want to miss out.  I love when restaurants incorporate the dope concept of daily menu changes because keeps customers coming back for the latest and greatest, the unexpected, the down right amazing culinary creations. On this trip, I tried one of each of their daily tacos.  I listed them in my personal favorite order based on the wow factor my taste buds received.  If you’ve had them feel free to let me know if you agree.

As if everything I’ve already mentioned isn’t enough…they cater.  Yes that’s right, a street taco restaurant is a boss in the catering business. Deep inside I wished they shipped internationally, after all, London isn’t more than an 90 minutes away.  In all seriousness, any event would be lucky to be catered by Hija de Sanchez.

If you are still reading along great and thank you!

You wouldn’t want to miss this exciting announcement:

I cannot wait to return to Copenhagen and have myself another taco.  Who am I kidding, it will probably be 4-5 tacos minimum.  Put your Forks Up for this one guys…they’re tacos…no one eats tacos with a fork.